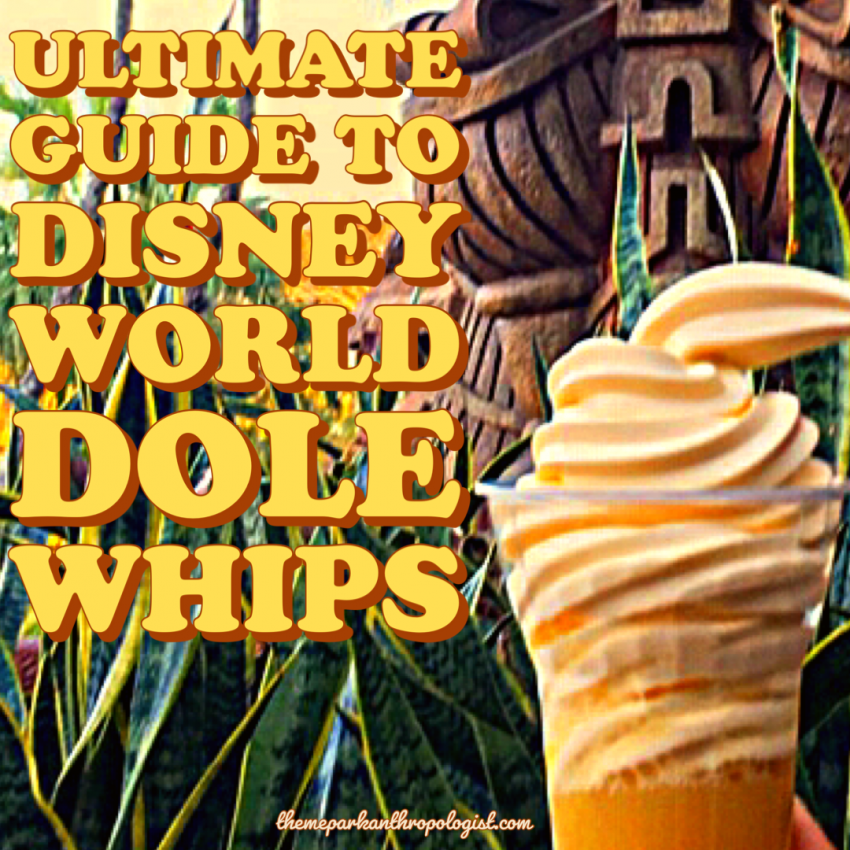 It gets crazy hot in Florida, and one of the best ways to cool off is with a nice cold treat.  There are no shortage of frozen treats to be found on Disney property.  Yet, nothing quite compares to the refreshing and iconic Dole Whip. You may only think of pineapple soft serve at Aloha Isle when you hear Dole Whips mentioned, but there are far more flavors than you’d expect.  Here, I’ll help you locate various Dole Whips in their many forms on Disney property.

What Are Dole Whips

Where to Find the Classic Dole Whips

I’m considering classic Dole Whips to be both pineapple and orange flavored.

At Aloha Isle, you’ll find the classic Pineapple Dole Whip along with some other “twists” on this VERY popular pineapple treat. The lines can get pretty long here so I recommend using Mobile Order to shorten the wait time.

While not in a theme park, it’s a short monorail ride away from the Magic Kingdom.  This is one of my favorite spots to retreat to when the Magic Kingdom is too crowded. The Pineapple Lanai offers the same yummy pineapple treats as Aloha Isle, but usually with a shorter wait time.  You will also find lime and lemon soft-serve here too.

This is where you’ll find the Pineapple Dole Whip at Animal Kingdom.  Tamu Tamu Refreshments also has some rum versions of the treat for those who want a little booze with it.

The Orange Dole Whip is pretty underrated yet still delicious.  Although, it does have its own following thanks to the adorable Orange Bird.

Where to Find Character Cones and Floats

You may also find Dole Whips seasonally at the Epcot Flower and Garden Festival. It’s possible you might find them at resorts other than the Polynesian. Even bars sometimes  have Dole Whip creations like Lime Dole Whip Margarita at the Polynesian. Stay alert for these yummy treats as they can be found taking many forms in many places.