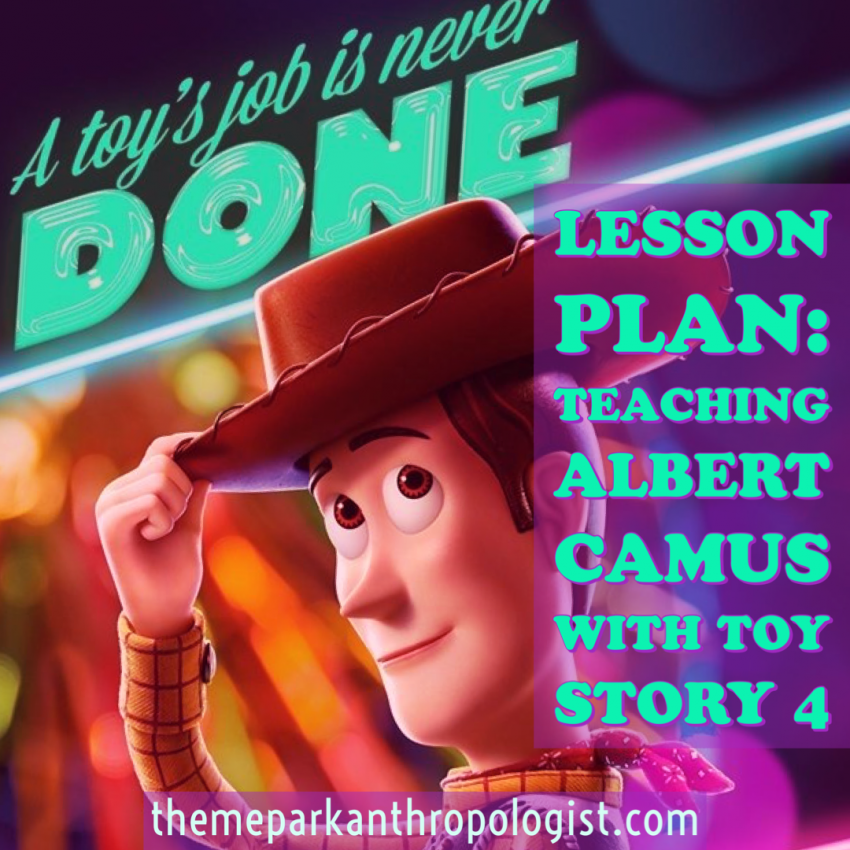 While watching Toy Story 4, my mind continuously went back to Albert Camus’ The Myth of Sisyphus. I saw Woody being burdened with the eternal task of saving one toy after another, while trying to find meaning and a reason to continue. This was only exacerbated with the introduction of Forky to the gang.

To teach students about absurdism,  how to use critical thinking and find textual evidence to back up their claim.

Edsitement: Camus’ The Myth of Sisyphus: A Close Reading of the Absurd: https://edsitement.neh.gov/student-activities/camus-myth-sisyphus-close-reading-absurd