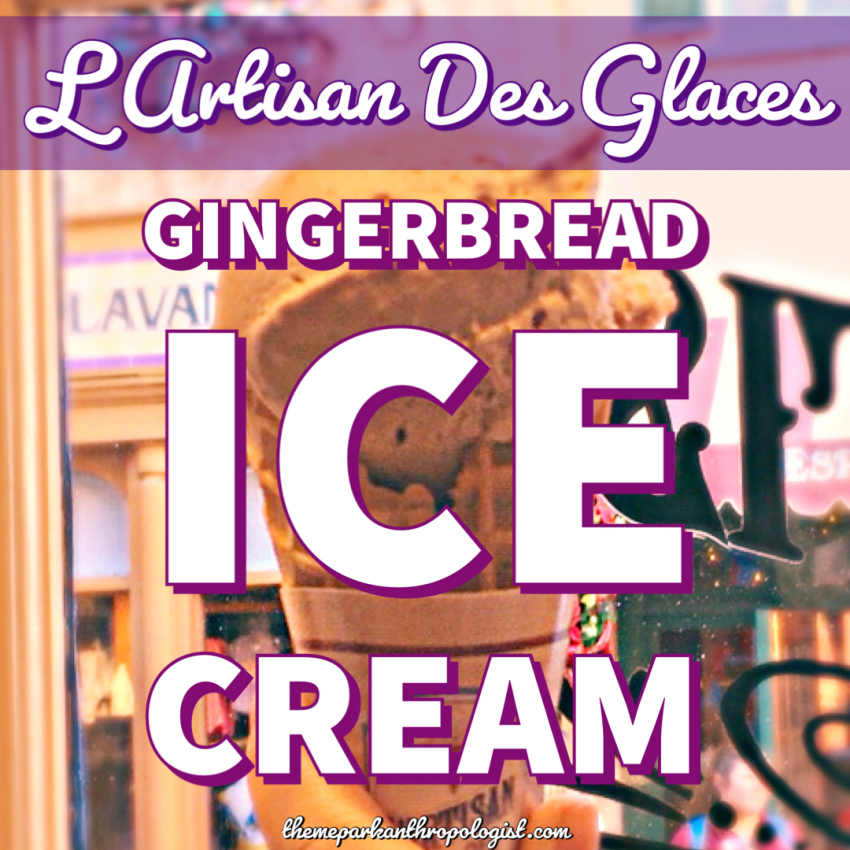 I’ve heard many praises of the gingerbread ice cream at L’Artisan Des Glaces in the France pavilion.  Christmas spices are a few of my favorite things about the holiday season. I heap on the cinnamon and ginger to give my drinks and sweet creations the taste of a winter wonderland.  This gingerbread ice cream DID have spice, but it wasn’t the spice combination that I was looking for. It had more of an anise flavor than cinnamon and ginger flavor; which I found disappointing.  That’s not to say that others won’t find it delicious, but it missed the mark for me. I’ll stick with the cinnamon flavor ice creams at L’Artisan Des Glaces from now on.