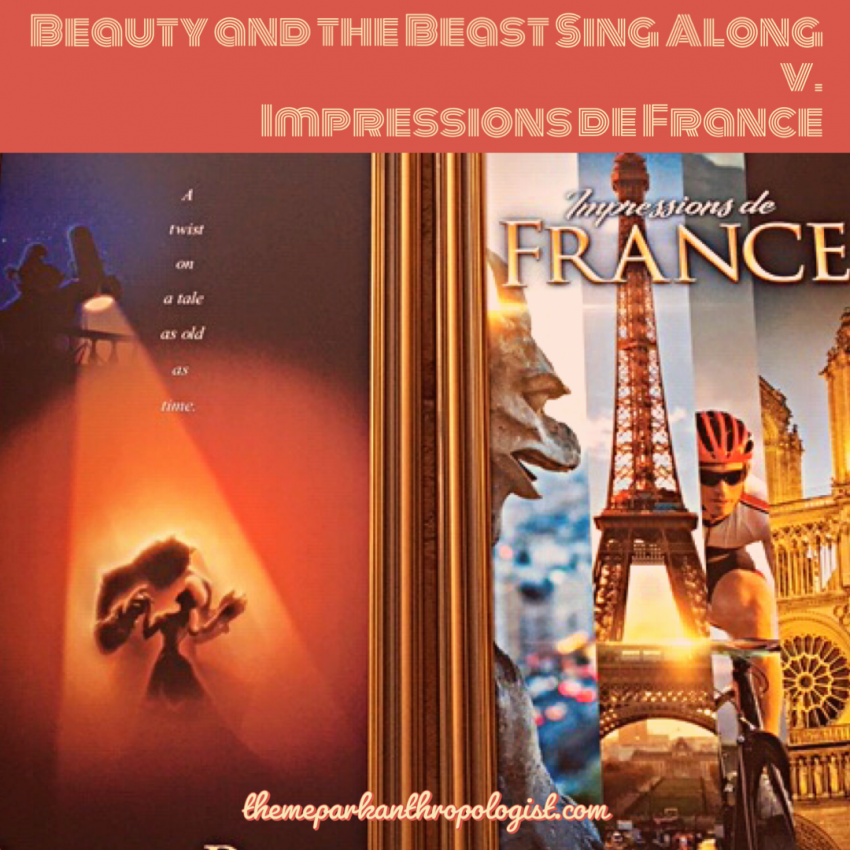 My first point against this production is that it did not take full advantage of the panorama screens. Mickey’s Philharmagic is far more immersive with its 3D effects and fluid narration. The surprise “twist” in the Beauty and the Beast Sing-Along felt sloppily put together and too many plot holes are easily spotted by any true Beauty and the Beast fan. I also found that the added animation didn’t fit with the classic animation, which only contributed to the choppy narration. I also thought it was a missed opportunity to only use a single screen and not utilize the panorama screens.